Long ago, well not SO long ago, it was since Claire has been around, I told Curtis that the next time he got me pregnant he needs to remodel the bathroom with a nice big tub for me. Well, he held true to his promise. We used our tax return to rip out the old dinky tub and install a separate tub and shower. 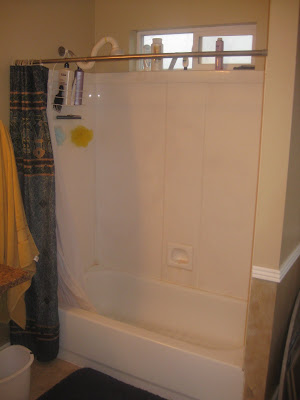 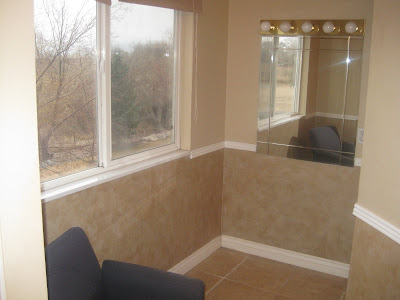 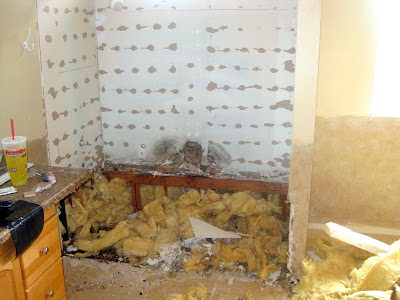 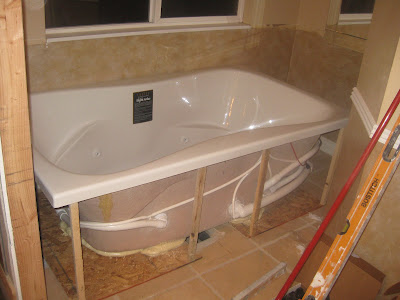 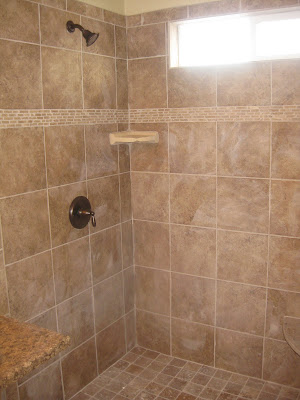 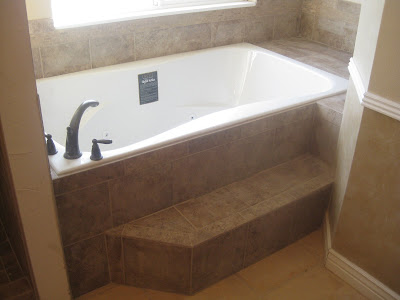 We hired the work to be done by Steve at Creative Tile Works. It was so nice to not have to do the whole project like usual and he did it all: ripping out, plumbing, framing, tiling, electrical and drywall. It has been a couple of weeks and things aren't quite done. Steve took longer than he thought to finish and he had to do a job out of town for a week. He thought the shower was usable, but that same day this happened: 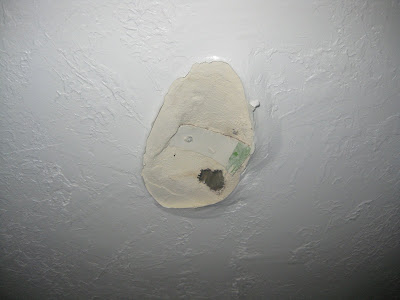 A leak!
That's in our ceiling in the family room downstairs, under our bathroom. Steve knows exactly what happened and will be back on Monday to fix it and to finish up the drywall work and caulking. In the mean time, the bath has been calling my name, yet it sits empty, waiting.
Posted by Sarah Gibby at 4:41 PM

A big tub is my dream too. congratulations1 i hope you get to use it soon!