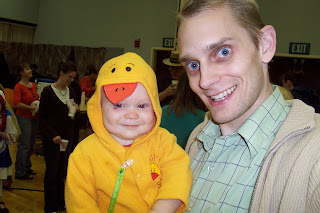 Nathan was a duck. (The costume said "little chick", but he looked like a duck.) 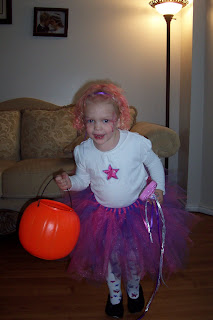 Audrey was a Dancing Princess, at least on Halloween night. She had four costumes (most handed down from my sister Zilpha) and chose a different one for each event we attended. I was telling her about the Trunk or Treat, where people take candy from the trunks of their cars and give it to her when she says, "Trick or Treat!" She laughed and said, "Oh! I thought it was an elephant trunk!" 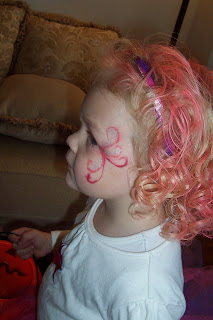 Doing her make-up brought back a lot of memories. I haven't done make-up for a play in a long time, but I managed, especially for how wiggly she was. 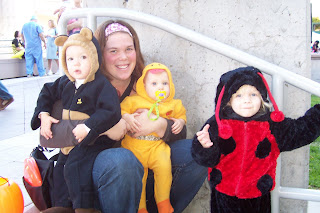 We took my niece Addy with us to the Galivan Center last week for trick or treating and then rode tracks and played at the Discovery Children's Museum. We had a lot of fun and were quite tired when it was all said and done.

Posted by Sarah Gibby at 7:22 AM No comments: